Chaos at the Capital

Although the details are still not clear, what happened today at our nation’s capital was tragic, and it has both complected and further delayed closure to the 2020 presidential election. Our system has stalled and is in serious jeopardy of breaking down completely. We have been agitated by the endless name-calling, deceptive half-truths, and repetitive vilification of those with opposing viewpoints. Our leaders on both sides of the isle have not led well, and yet we have followed their example as a culturally-divided society.

I look at the paragraph I just wrote and wonder if anything else needs to be said. With tensions high, it’s our weakness as humans to jump to conclusions, to look for a guilty party, and to bring them to swift justice. 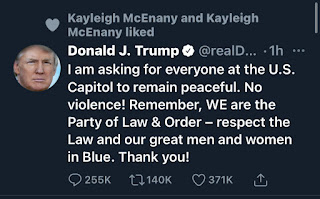 Many people are blaming the president for this tragedy. He is neither a saint nor the demon people make him out to be. I heard a news report that immediately following the protest, President Trump tweeted a video asking for protesters to peacefully disassemble, but that video is being blocked by Twitter. In response, he posted a shorter text. But people want a scapegoat.

We can include Big Tech and propaganda-like news coverage in our list of scapegoats. We can add all the elected officials, appointed judges and federal law enforcement officials who through either cowardice, incompetence or maliciousness failed to resolve any appearance of election impropriety before today.

If looking for scapegoats, we might wonder why the police were at the perimeter of the crowd that surrounded the capital instead of pushing them back to a safe distance. At least that is what I seemed to notice on video as I wondered at the loose security for such a momentous day.

Videos show the people who stormed the capital dressed as Trump supporters. It’s likely that they were deranged MAGA hat-wearers who were frustrated by the events that brought us to this historically infamous day. It’s equally likely that they were Antifa progressives dressed as Trump supporters who wanted to create an incident that both stopped the congressional dialog and interfered with the due process.

Instead, we have been played, and we are being turned against each other. There are those actively trying to deconstruct this great nation, and while people have actively participated in this subversion, I believe the real enemy is not flesh and blood. Rather, it’s spiritual principalities and a great Deceiver that is at work… laughing at us. If looking for scapegoats, we should include ourselves for being so easily agitated and manipulated against our countrymen. We need to remember that if “they” are not against us, they are for us. They are our countrymen.

We need to stop jumping to accusations and together seek the truth. The great majority of people in this country have good intentions and we are all operating with limited information. We need to understand that the news media is partial, and even well-intentioned reporting will include some cognitive bias. All reports should be reviewed with an analytical mind and seldom at face-value.

So we need to draw near to God at this time like never before and ask Him how we should join Him in this battle, praying against the principalities who know their time is short. We need to hold on to what we know is true, remain uncompromised on the principles that founded this country such as Freedom of Speech and Freedom of Religion. We need to stand unmoved by the bullying tactics of those that oppose these principles, and most importantly we need to encourage others in the truth, even when they seem resistant to hearing it. Many of our countrymen have been deceived, or not yet learned to question authority while still respecting it. 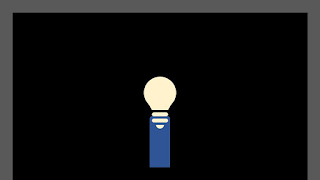 The prophet Daniel had a vision of 70 weeks, where each “week” was a period of 7 years. All but one of those weeks has been accounted for in history, leading up to the time of Jesus. Then the clock stopped, leaving a remaining week, which many believe to be the seven-year Tribulation period. That remaining week remains a divine mystery, tied to the end of this age.

Jesus’s disciples asked about the end, and He explained in detail, referring to the vision God gave Daniel. So understanding that God’s timing is different from our timing, yet His timing is always perfect, I’d like to take you through Jesus’ answer, considering what we know and prayerfully exploring what may be.

The first thing Jesus said, when answering His disciples’ question was “Be careful not to let anyone deceive you.” (Matt 24:4b) He said that many would come claiming to be Him, (Matt 24:5) which we have certainly seen. He warned that there would be wars and rumors of wars, famines and earthquakes, and these were the beginning of the end, birth pains according to some translations. (Matt 24: 6-8) The 20th century saw two world wars and was the deadliest in human history. Is it possible that the last hundred years were the beginning of birth pains that Jesus talked about? We like to think in smaller timeframes, certainly not centuries that span generations, but has God been building up to that 70th week slowly by man’s terms?

Jesus further warned that Christians would be handed over for torture and martyred. (Matt 24:9) While the United States has so far been free from persecution, worldwide persecution of Christians has continued to rise to as many as 260 million in 2020 with eight Christians martyred daily for their faith. (Christianity Today) That is a 6% increase in 2020 from the previous year. (Facts & Trends) The persecutions have certainly been increasing, but what does that tell us about God’s timeline? Nothing definitive yet other than the fact that we continue to near the end.

So Jesus further explaines that many will lose faith at this point in history. (Matt 24:10) In fact, Christianity has declined in many places throughout the world in a trend that’s labelled “post-Christian”. America has followed suit as well and according to Barna: “the share of practicing Christians has nearly dropped in half since 2000.” (The Barna Group).

In the next verse, Jesus tells us that many false prophets will appear and deceive many people. If you’ve followed my writing, you know that I believe in the active working of the Holy Spirit in both ordinary and extraordinary manifestations, but I’ve also warned against an imitation of Christianity that looks more like witchcraft. (Signs in the End Times Church - Part 2). There are some very popular “christian” teachers whose teachings do not reflect the Bible and the fruit of their “ministry” is rotten. I would have no problem calling them “false prophets”.

So up to this point in Matthew 24, I’m starting to think we may be entering the End Times when I look at verse 12 and the year 2020 seems to resound in affirmation of Jesus’ prediction. He said that lawlessness would increase and the love of many would grow cold. We saw the riots and not-so-peaceful protests in the streets of major US cities as well as the nastiness on social media, but this wasn’t constrained to America. It was a global phenomenon with disparate causes, but the result was the same: lawlessness. Some Bible translations refer to this as “rebellion”.

The reality of the “End Times” can be a scary thought for people, and Our God knows that which is why the next verse is an encouragement to His people: “But the person who endures to the end will be saved.” (Matt 24:13) And verse 14 continues in this positive note, adding a confirmation of where 2021 stands in Biblical prophesy: “This Good News about the kingdom will be spread throughout the world as a testimony to all nations. Then the end will come.” Has everyone heard the gospel message? Sadly, no. But are there any countries without some foothold of Christianity? Any countries without access to all the Biblical resources available on the Internet? The Gospel has gone to every nation and is available worldwide!

Beloved, we were born for such a time as this. Our God has told us the end from the beginning! He is in control and has brought us to this point in history. Are we at the beginning of the End Times? Has that last week, the 70th week begun? Let’s continue to look at what the Bible has to say…

It’s at this point in Matthew 24 that Jesus makes reference to the prophet Daniel, but before going there I want to take a quick detour because some people claim that Matthew 24 is simply about the destruction of Jerusalem and that this has already occurred. However, none of the verses we just explored had truly taken place until our present time. Furthermore, just look at what Matthew’s Gospel tells us following these verses in chapter 24. From verse 15 to 34, He continues to describe what will happen, shifting to a description of His triumphant return and how we need to stay alert (see verses 35 to 51). He continues with this theme in chapter 25, using the parables of the Ten Bridesmaids and the Three Servants before explicitly coming back to the subject of His return to judge the world. I encourage you to read this in its context, asking the Lord to reveal His truth to you!

I’ll continue with Daniel’s vision next week. Until then, pray that we all see through the great illusion that is our present world. Pray for godly leaders, however God wants to establish them, and pray for His peace that surpasses all understanding as we rejoice in the fact that Our God reigns! He has promised to work all things together for good for those that love Him and are called according to His purpose! (Rom 8:28)

And in closing, if you resolve nothing else in 2021, resolve to stay close to God! The time is near!

I wrote this story years ago and try to make it available for free during the Christmas season. The kindle ebook is available for on Amazon from 27-DEC through the end of 2020.

So if you are still in the mood for a little bit of Christmas (and maybe Easter too), you can find it here: https://www.amazon.com/dp/B00ANBX11Q. 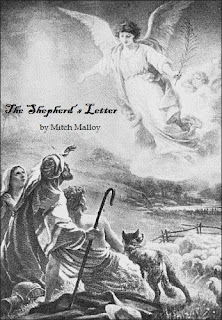