We are not God and He alone knows what is truly good. Adam and Eve started a deadly trend when they departed from God’s truth. Fear of the Lord is the beginning of Wisdom, and wickedness increases when men decide that they can choose to do what is right in their own eyes. Sure, it makes us feel good to be in the know or to have it all under control, but humility in who we are as compared to God is what leads to knowledge, understanding and (as we apply it) wisdom.

It’s not obedience when we obey only the things we want to obey or that make sense to us. It’s our tendency to only go so far, but it’s God’s will to take us to grander places than we understand are even possible. Jesus went to the cross trusting in the Father. Total obedience was demonstrated in His example, and we are the recipients of His sacrifice. It made no sense to anyone at the time, just as so many acts of faith only become clear in hindsight. For example: Abraham’s willingness to sacrifice Isaac could not be fully understood until we learned of Father God’s loving sacrifice: His Son in exchange for a wicked, selfish group of people.

Eternity is not bound by time, and neither is our God. The fourth dimension of time (space in motion) is where we live, but it’s not a constraint for a truly omnipotent and omniscient God. Our God created this universe for us, and He is in the midst of it with us while still remaining above, beyond, and around it from beginning to end. The novel is written in it’s entirety while the characters exist both within and yet apart from the storytelling.

Lesson Application
So what does all this have to do with the End Times? Only God knows good and evil, beginning and end; we are called to simply trust and obey the One Who is trustworthy. I learned years ago that we can only understand the Book of Revelation through the lens of the entirety of Scripture. There are so many references to other books that can only be understood by going back and observing the interwoven truth that can only have been written by One Author using the pens of many obediently inspired people. In studying Scripture, our western bias inserts a temporal sequence of events when it may sometimes be more appropriate to treat as an object, turning it around to gain a new perspective and a fuller understanding of the same event. In America, our tendency is to look through the lens of Western chronology rather than an Eastern view which asynchronously connects the dots from Genesis to Revelation, splattering Proverbs, Daniel and Zechariah onto a canvas that paints a portrait of our universe, from beginning to end… a painting that can only be explained by the Divine Artist.

Rapture
There is a doctrine that emerged in the last century that says believers will be whisked away before the foretold Tribulation. There are many learned and devout believers with this perspective, and they have Biblical basis for their belief, but I don’t share it. I would love to be wrong about this doctrine, and I would be the first and loudest voice cheering should that happen, but that is not how I understand the Scriptures. Yes, there will certainly be a rapturous moment when we are raised up with the Returning King, our Savior, but I believe that will happen on the third day after the Two Witnesses are killed. When these witnesses are removed from this world, I believe there will be a great earthquake, and we will all be lifted up to our Returning King. Satan and those who follow him will finally get their wish, and all of us shall be removed from this world. This will be the start of the Great Tribulation when the knowledge of God as God will be made clear to everyone on the earth as the world is remade for a new beginning.

Endure to the End! 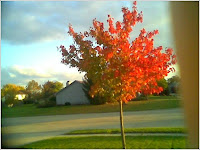