I have been confronted many times with the statement: “everybody needs a god that looks like them”. There’s something appealing about this assertion, like candy for the soul. I like candy, but pleasant sweets are not always a healthy thing. So I have wondered about this statement. Is it an eye-opening realization of what people need or a subtle lure toward what people want?
If I draw further on the nutrition analogy, treats like chocolate and honey have benefits in moderation. Likewise, people need a relatable God to have a relationship with God, and it’s true that we were made in the likeness of God. Male and female, we were created in God’s image. And when I look at the splendorous differences of all races, I can understand that God had a purpose in creating racial variety. The diverse nature of mankind is a reflection of the infinitely multifaceted nature of God. I can appreciate the differences in race and gender, and like a Frenchman proclaim: “Viva la difference!” I appreciate the distinction between men and women, seeing both as equal, different and valued.
But then I’m startled by the image of a woman on the cross, or a black madonna, or an asian Jesus. It shocks my understanding, until I then look upon the anglo-saxon portrait of Christ that I grew up with. Is it true then that everybody needs a god that looks like them? Is our picture of God like gazing into a mirror? Were we were made in God’s image or was He made in ours?
To be sure, God understood our need to be able to relate to Him. Jesus was undeniably male and Jewish, and that is how God chose to represent the Christ. Y’shua (a.k.a. – Joshua, Who we call Jesus) represented the Kingdom of God to this world as both the Son of God and the Son of Man, relatable to us in every way except that He never succumbed to temptation. He suffered as all mankind suffers, and like us, He had friends and family whom He loved. He often referred to His Father in heaven and told His disciples that they knew what God the Father was like if they knew Him.
Some people have difficulty viewing God as a Father. Perhaps it’s because their earthly father wasn’t present or failed to show the love and leadership that should go with the role. Or maybe the reason some struggle with Father God is that they personally feel unvalued as they were created. But God the Father made no mistakes in how He created each of us, loving each of us with such intensity and duration that we can only imagine and still never fully comprehend. In everything, He has a purpose: our height, our hair color, our gender, and our skin color.
I don’t look like a middle eastern Jew, which is the form He chose to send His Son, Y’shua. Does that mean I am inferior and loved less? Of course not! Regardless of gender and race, we are loved by God the Father with the same eternal intensity as He loves Jesus. As His adopted children, we know the fullness of His love and approval.
Yet I know of people who feel they can’t relate to God as masculine. They find comfort in Scripture verses where God describes Himself with traits that are feminine. They see where the wisdom of God is described as a woman or where Jesus compares to his feelings to that of a mother hen yearning to gather her chicks. These feminine descriptions complement God’s masculine nature. God looked at Adam and declared that it was not good for him to be alone, so the Father created a partner for him. Eve was not valued less than Adam. No, she was of equal worth, valued equally as having completed the creation of mankind. Male and female, God created them in His image. The use of allegory, metaphor and simile in Scripture demonstrate the value of every person, male and female, as an image bearer, a reflection of God’s image.
But that is not enough for some. Some misguided believers have embraced the “divine feminine”, a concept which asserts a feminine counterpart to the patriarchal and masculine worship structures in Christianity. In other words: the goddess nature of God. It’s true that we see the fullness of God’s love through feminine similes and metaphors in Scripture, but that does not equivocate God and goddess. Let me emphasize, this doesn’t devalue women in the least bit. Just as God’s chose to reveal Himself as a Jewish man didn’t devalue other races, there is no lesser value placed on women than men. There is no race superior to another and no gender greater than the other. Y’shua showed the greatest respect for all people, male and female; however, He always referred to God as Father and never once taught about the goddess nature. Some might argue that Jesus avoided the topic since it would have been viewed as too extreme for the culture, but that didn’t stop Jesus from saying other things that would have Him killed. No, Y’shua was pretty bold in His teachings, including His own deity.

Let me be clear: the "divine feminine" is a lie from hell and an insertion of pagan theology into Christianity.

But “everybody needs a god that looks like them”, right? Just as too much candy is unhealthy, so does this thought process damage the church when taken too far. The reality is that we were made in His image; He was not created in ours. We were made to reflect His glory, but in our brokenness and pride we strive to project our likeness onto the god (or goddess) of our choosing. Mankind’s greatest sinful tendency is to remake themselves as gods, and a god who looks like us becomes an idol when taken to the extreme.
If your pastor is teaching, supporting or refusing to rebuke the heresy of the divine feminine, you should lovingly confront that person. They may refer to the allegory of Wisdom as the goddess nature of God, and it’s likely they were even taught such things in seminary. It’s true that the Bible describes God’s nature using feminine analogy, but no doctrine can be derived from such figurative language. Ask your pastor for Biblical evidence, and when they can’t produce anything more than allegory, metaphor and simile, ask Jesus how you should respond. If teachers allow false doctrine, can that church remain healthy? 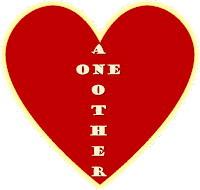 God created us in a variety of shades and sizes. He created mankind as both male and female and together we reflect His image, and while as a species we often fail to reflect His goodness, He is always good. Despite our often toxic behavior, when God created mankind, He called us good. He made us to be good, so there is no toxic masculinity and femininity is part the goodness He created to reflect His majesty. One is not greater in value than the other, and when we resent the differences in God’s creation, we are inwardly rebelling against Him as the Creator. We were made for love, to love and to be loved, to know and to be known, forever growing in our understanding and appreciation for each other. Viva la difference!
copyright ©2021 Mitchell Malloy (http://mitchellmalloyblogspot.com/)
Posted by Mitch Malloy at 10:30 PM