The Mystery of Daniel Revealed 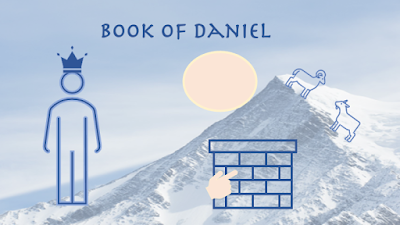 I have long been fascinated with the life of Daniel and the mysteries in his prophetic book. Daniel and his friends grew up in the ruling class. They likely heard about a religious fanatic who was despised by many of the nobles because he kept predicting the inevitable judgement of God. We know that fanatic as the prophet Jeremiah. I can imagine the parents of Daniel, Hananiah, Mishael, and Azariah as devout followers of Yahweh and can picture conversations they may have had about the controversial messages of Jeremiah. We know that Jeremiah was ultimately was proven to be God’s man, but at the time, his behavior was strange even for a prophet, and his message was disturbing. God’s judgement came in the middle of Jeremiah’s prophetic ministry as the Babylonian exile began.

Daniel and his friends were contemporaries of not just Jeremiah, but possibly had childhood interactions with King Jeconiah before his rule and subsequent exile. I also wonder if they ever met and spoke with Ezekiel, either before or after the exile. And I’ve even read of certain rabbinic traditions that Daniel was Mordechai’s messenger killed by Haman in the book of Esther. Although this last relationship seems far-fetched to me, Daniel certainly lived at a pivotal point in Jewish history.

Daniel’s life was surrounded by mystery and prophecy. From his early years before the Babylonian exile to his own growing understanding of God’s will as he studied Scripture, Daniel lived obediently and prayed for an ever-greater understanding. Yet the visions he received were often a mystery even to him, and more than once he was told to seal up the end times vision that was written for a future generation.

God has many purposes and He weaves all things together in ways we can only understand in part. While the book of Daniel has been used to strengthen believers through millennia, I have come to believe it was primarily written for God’s people in these end times to comfort and encourage us.

A Book for the End of the Age

The Book of Daniel clearly predicted things that could not have been known by man, such as the rise and fall of Alexander the Great and the corresponding rise of Western culture. I believe God gave Daniel these predictions in large part so that we can have greater confidence in the events that have yet to unfold. It shows us that God is in control. It reveals the history of the world as foretold through Daniel and paints a picture for last days that God and His Scriptures can be trusted. More importantly, the book answers Daniel’s question to God about when Israel’s sins will be atoned and promises God’s redemptive faithfulness in the days that are coming.

So how is Daniel’s prophetic writing to be understood as an encouragement in these last days?

After these first four chapters, Daniel’s story is no longer told chronologically.

The Book of Daniel is not just a prediction for Israel but for all God’s people. All of Scripture tells the story of how God created man as a companion, but man rebelled against God’s rightful authority and rejected His love. God was not surprised and already had a plan to end the rebellion and woo His Beloved back to Him. That plan is a Person, Jesus, meaning “Yahweh Saves!”. Still, God’s salvation plan through Jesus was initially rejected by Israel just as Daniel predicted. And that prediction continues to describe a time that is coming when the rebellion of man will ultimately be squashed… Jesus will be enthroned and the Remnant who accept His authority will be remade as God always intended us to be!! God is gracious, patient and loving, but He is also just. In these last days, the Bride will be lifted up, but those who continue reject His rightful authority will be cast into eternal fire.

The Book of Daniel is a comfort for those who trust the promises of Yahweh and His plan of salvation through Jesus, but it is a warning of coming judgement for those who remain obstinate in their rebellion against God and His ways. Jesus is coming soon in victory. God described the end from the beginning and His Word can be trusted! Stand strong, Beloved, and purify your hearts in preparation for His arrival. The rebellion of man shall be put down just as the rebellious believe they have won, and King Jesus will present it all to His Father.

Be strong and courageous, people of God!

The Lord has risen indeed, hallelujah!

Easter and Christmas are my favorite holidays, and I wrote a short story available on Kindle for both Christmas and Easter. It is called The Shepherd's Letter and is available for free download from Saturday, April 3, 2021, 12:00 AM PDT to Monday, April 5, 2021, 11:59 PM PDT.

Or select from below if you want to read some of my previous posts for Easter:

A Story for Good Friday

Easter and Christmas are my favorite holidays, and I wrote a short story available on Kindle for both Christmas and Easter. It is called The Shepherd's Letter and is available for free download from Saturday, April 3, 2021, 12:00 AM PDT to Monday, April 5, 2021, 11:59 PM PDT.

Or select from below if you want to read some of my previous posts for Good Friday: