Can You Repeat That?

This blog is not about the wickedness or virtues of America per se, but I believe America can be used for illustrative purposes. 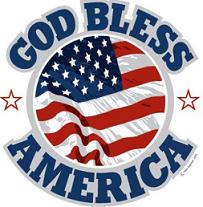 The America I’m living in is very different from the one I knew as a kid. As a society we valued truth and hated lies. While things were far from perfect, the adults I knew were more interested in personal integrity than advancing a collective agenda. It’s hard to find an unbiased report of Joe Biden’s 1988 presidential campaign, but I remember him as a top candidate who dropped out of the race because he lied. Back then, character mattered to the American people, and if someone lied, the America of 1988 wouldn’t accept them as viable presidential candidate. Things have changed significantly in 32 years.
But wait! Hasn’t America always been corrupt? For example: slavery and racial injustice were cornerstones of this country, right? It’s true that slavery existed in America from its very beginnings. It was a blight upon the British empire and a critical component of British agricultural colonies. After America found its independence, the institution of slavery continued. It lasted several decades past the abolition of slavery in Britain that was spearheaded by William Wilberforce. Although America had left the empire by the time Wilberforce formed the Anti-Slavery Society in 1787, Christians in America had been fighting against slavery since before the American Revolution. In fact, the State of Pennsylvania passed the first anti-slavery law in 1780, 8 years before the U.S. Constitution was even ratified and 7 years before Wilberforce founded his famous society.

There are some people who want to criticize America and pick apart its flaws. However, I’d argue that if we look hard enough, we can find imperfections in any person. And if we can find flaws in anyone, then it’s even easier to find the failings in a group of people, including America’s Founding Fathers. So I suggest we take a different approach. What if we judged them not by their missteps, but by their aspirations and accomplishments? What if we instead looked to their willingness to change for the better? Could we view them with respect and admiration without naivete or idolization?

God spoke to Ezekiel and explained how He sees a person:

But suppose a wicked person turns away from all the sins that he has done. He obeys all my laws and does what is fair and right. He will certainly live. He will not die. All the rebellious things that he did will not be remembered. He will live because of the right things that he did. I don’t want wicked people to die.” declares the Almighty Lord. “I want them to turn from their evil ways and live.

Take a look at that again. God doesn’t want to destroy us for our wrong doings, He wants us to turn away from them and do what’s right. There’s a word for that: repentance. When I hear that word, my mind immediately goes to a street preacher or billboard that says something like: “Repent or you’ll burn in hell!” It sounds like an angry word or a self-righteous word, but all it means is: “Stop doing this awful stuff you’re doing! It’s hurting people, including yourself… you are on a path of self-destruction!” Do you see the difference?

God is calling us to repent for our own sake. Sin doesn’t hurt God other than the fact that He loves us and wants the very best for us. When we love someone, it pains us to see them hurt, and it’s especially upsetting when we see someone we love harming somebody we also love. So God doesn’t want to destroy a person,  but He wishes they would change their ways and do what is right… before it’s too late.

Many of the people who are driven to criticize America have an agenda. Others are influenced by their poisonous words. America is far from perfect and we have had our fair share of bad leaders, but those leaders are reflection of our people, and if we are honest with ourselves, we need to repent.

Are we looking for flaws in others or seeking to build bridges? Hopefully, we are trying to build bridges, but there comes a time when we need to acknowledge a bridge cannot be built because the other side has determined otherwise. Yes, at some point there is nothing left to save but a diseased and rotting limb that spreads death, and at that point it is too late.

More on that in next week’s blog.