America in the End Times

On October 25, 2020, Archbishop Vigano sent a public letter to President Trump, warning of a “great reset” across the world and a move toward global tyranny. He is not wrong. He stands as a watchman upon a watchtower as described by the 33rd chapter of Ezekiel. There will certainly be a global reset that establishes a new world order, and this time in history seems to be turning point.

Yes, this seems to be the turning point as prophesied in Scripture, but humbly we must admit that no one knows the day nor the hour. All we know for sure is that the Day is approaching. How should we respond to this knowledge? It seems that the schemes of the wicked are reaching fruition, but do not despair! This is not a time for fear; neither should we become preoccupied with the success of their plans. (Ps 37:7) Rather, we need to need to submit ourselves to God with renewed fervor and wait patiently for Him being more intentional in our interactions with other believers, spurring each other on toward love and good deeds because the Day of the Lord is approaching. (Heb 10:24-25) The day of our victory is coming!

It is approaching, but it is not yet here. It is not a time for despair but a time to take hope in our God because His promises are true! He has told us about the end from the beginning (Isa 46:10) and continues to show that His Word is true! He has hidden it from the eyes of men, yet it is to the glory of His adopted children to search and discover these divine mysteries. (Pvb 25:2)

Early in my walk with Christ, I asked Him about America’s role in the end times. By the Spirit, He led me to Isaiah 18. There was of course no America at the time Isaiah wrote this chapter, and while many believe this is a prophecy for Ethiopia, it’s clear that it refers to another nation, one that is not named. I believe it refers to America when it describes a: “land of whirring wings which lies beyond the rivers of Ethiopia… a people tall and smooth-skinned… feared far and wide… of strange speech, whose land is divided by rivers.”

Isaiah isn’t clear about what happens to this nation, but as I’ve read it asking the Lord to instruct me, I believe it refers to an end-time pruning before the harvest, a pruning of the Church in America where branches that were grafted onto the Vine are either pruned (Jn 15:2) or removed to be burned (Jn 15:6) and given over to demons for torment. After this time of refinement, America will bring gifts to the King in Zion. (Is 18:7).

So if I understand this chapter correctly, America must fall from power and will be refined by hardship. This will be a time when Israel grows to be a superpower standing alone against a resurrected Roman Empire, the kingdom of the Antichrist. This rebellious kingdom of the Beast are the feet of iron and clay in chapter 2 of Daniel and the eighth king that John spoke about in Revelation 17.

American will fall from power as Israel grows in strength.
As over a million believers across America prayed for repentance during The Return event on Washington D.C., I saw the superpower mantle shift to Israel. The shofar was sounded in this nation and a banner is now being raised in Zion. (Is 18:3) That same day, Franklin Graham planned a Prayer Walk in America’s nation capital, and Vice-President Pence showed up spontaneously for prayer by that gathering of believers, who then ultimately joined The Return event gathered on the Washington Mall. President Trump issued a proclamation of repentance that was read at the Return event, but he did not show up in person on that day as he nominated Amy Coney Barrett to the Supreme Court, which was itself a prophetic promise that justice will return to this land. The Lord revealed to me that just as Trump was not present at that event, he will not be present when this national repentance reaches fruition. That fruit is the promise of healing for this land. (2 Chr 7:14)

Archbishop Vigano’s letter is a trumpet call, a warning to America and the world, but true Americans will not be part of that One World government. It is my hope that the globalists, those who have tried to deconstruct this nation, will lose in the upcoming election and that tyranny does not claim a temporary victory over this land. Yet even if it does, God’s people in America will rise up in resistance and eventually overthrow that yoke of oppression. We will again become One from Many, unified under the values that made this nation great. Yet even if the deconstructionists do not win in this historic election, their power needs to be rooted out and our country reunified under traditional American values and principles. As a people, we need to relearn those values and principals, establishing practices that reflect the vision that God intended for this nation.

Archbishop Vigano is correct: it is truly a battle between good and evil in this nation. The centralized power centers of education, business, big tech and the mainstream press promulgate lies, suppress evidence of corruption and try to hide noteworthy information in their attempt to influence an election that they hope will solidify their power. But this election is not the end of our struggle; it simply brings the goal and the obstacles more clearly into focus. These power centers and the conflicting values must be rooted out, like a cancer that is surgically removed, replaced by the nation that is and shall remain truly under God, indivisible, dedicated to truth and justice for all. 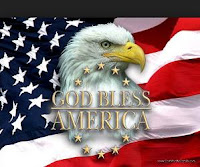